Once Upon a Time... In Miami: A Harmony Unleashed Production

Once Upon a Time... In Miami: A Harmony Unleashed Production is a live-action/animated action-comedy miniseries developed by Aaron Montalvo, Adam McKay, Zack Estrin and Ian Brennan for MontalVue and Netflix. It is a sequel miniseries to Harmony Unleashed: Guardians of Equestria as well as a prelude to the two-parter finale film "Harmony Unleashed: Between Light and Darkness"

The cast and crew return for the series with Brennan and Estrin to be the showrunners of the limited series. It is streaming on MontalVue and Netflix from March 12, 2021 to April 30, 2021. The series is rated TV-MA.

After the events of Harmony Unleashed: Guardians of Equestria, and before the big climax in Between Light and Darkness, Aaron and his family moved to Miami, Florida for a better job, departing from his old friends that have been with him since High School. However a few ones moved to Miami to reunite with him, as well as the Mane 6 having new coordinates to their new home. Even though his family has a better life in Miami than in New Jersey, even with a few old friends reunited and having a few more chances for his opportunity at real-life work, the job still isn't done as they prepare for the final battle and encounter new hijinx, shenanigans and unusual troubles coming their way before the big war is set to happen.

The limited series consists of ten episodes released weekly starting on March 12, 2021 on MontalVue. Both the first two episodes and the final two episodes will be released on the same premiere date.

Montalvo will direct both the series premiere and series finale. 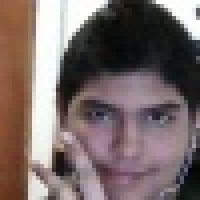